My mom brought up the idea of going to Bermuda for vacation and I think at that time it was more of a dream than a possibility, but we made it happen. We flew in and enjoyed four full days exploring different parts of the island country. Some corners reminded me of my trip to Charleston, SC last year, but maybe that is because the British has influenced architecture and history in both places.

Something that struck us was that so many of the locals were friendly and helpful, many would say good morning or afternoon in passing, and we would see them more than once as we traveled around. There is car honking in Bermuda, but it seems mostly to be used for saying hello to neighbors and other drivers. 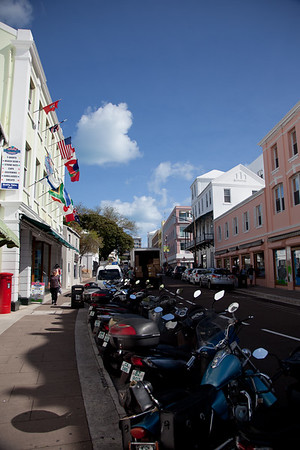 We stopped in more than one church and I noticed the kneeling pillows and how each was unique. 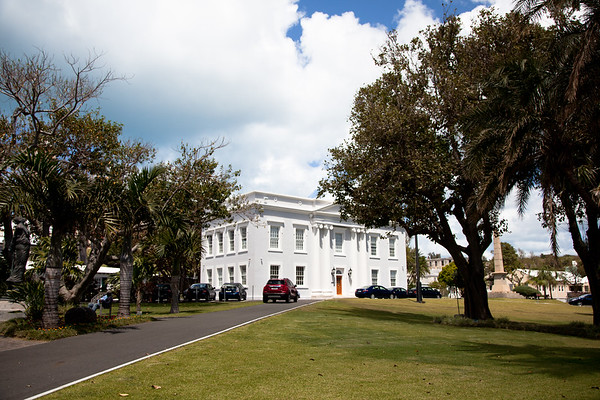 Our travels included traveling by bus and by ferry. Once we got our four-day transit pass, getting around was pretty easy. We also walked quite a bit and I think I accrued about 20 miles of walking during our stay. 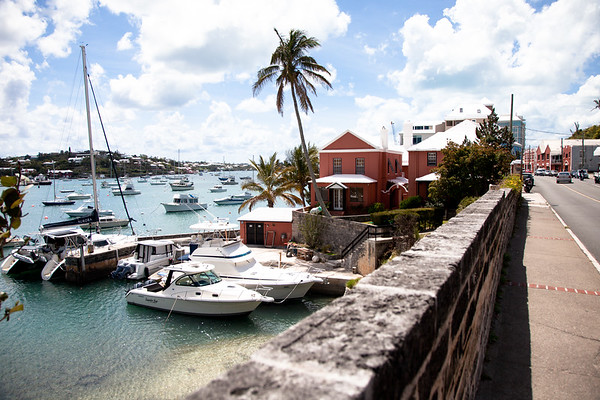 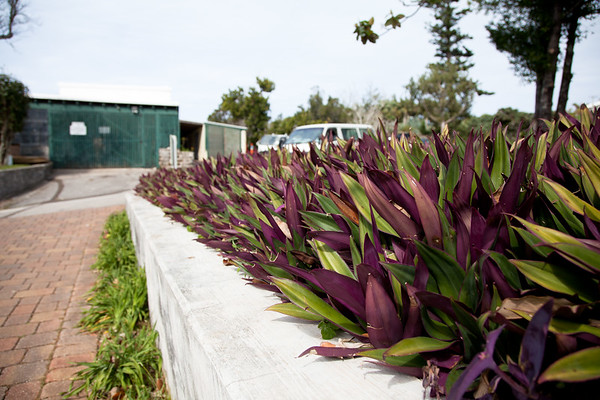 Horseshoe Bay is known for its turquoise waters and pink sand. It was almost high noon when we visited and it was so bright that I couldn’t quite see the colors as I needed to keep my sunglasses on. But thanks to photography, I get to now see the pink. While in Hamilton, I bought a necklace made with the pink sands.

Probably one of my favorite parts of the trip was going to Dockyard and seeing the fort. We were a bit rushed due to the ferry schedule, so I didn’t quite get to explore as much as I would have liked. The old Commissioner’s House has rooms filled with historic exhibits. The only things I got to see in the house were the  miniature rooms display and the exhibit of Bermudian currency. The views of the water is stunning.

Down in the waters, there were people swimming and I really longed to join them. My swimming was a bit limited by the high winds that happened for the first few days of the trip. Between the colder water temperatures and the wind, I couldn’t quite get comfortable enough to really go swimming at the beach by where we stayed. There wasn’t much opportunity to swim elsewhere due to the sites we wanted to see, but I did get a dip once the winds died down later in the week.

Bermuda has caves and I noticed that so much of the island rock is porous, so I suppose that is why so many caves have been formed. The roofs are limestone and collect rain water so that the residents have fresh water to use and drink.

The Unfinished Church was also quite interesting. The interior has been closed off due to safety concerns, but we could catch glimpses as we walked around the side.

St. Peter’s Church in St. George is 400 years old. It has been rebuilt over the years, but the current structure has a lot of history to it as well. A back room had information on royal visits and ceremonial silver.

I found Pharrell Williams’ video, Happy (Bermuda) and thought I would share it as it shows some of the sights we saw during our travels.